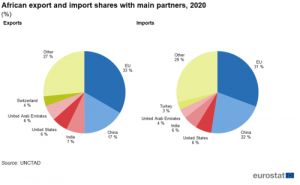 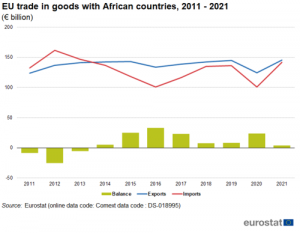 In 2011, 72% of goods exported from the EU to Africa were manufactured goods (see Figure 3). This share fell to 68% in 2021, while the share of primary goods rose from 27% to 31%. The declining share of manufactured goods was mostly caused by the declining share of machinery and vehicles, from 38% in 2011 to 32% in 2021 while during the same period the share for chemicals increased. 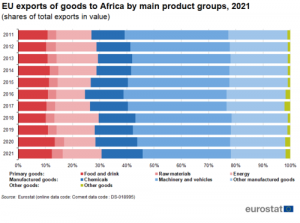 For imports from Africa, primary goods are the largest group (see Figure 4). However, between 2011 and 2021 their share decreased from 76% to 65%, especially due to the decreasing share of energy, which is partly explained by falling oil and gas prices. In the same period, the share of manufactured goods rose from 23% to 34%. This was mainly due to increasing shares of machinery and vehicles from 7% to 13% and other manufactured goods from 13% to 16%. 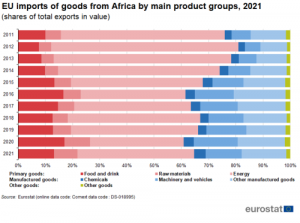 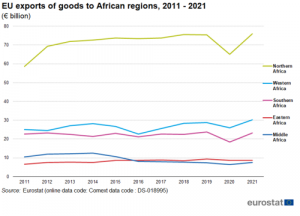 AZA Finance makes it easier for businesses to accelerate their operations, in, out, and within Africa, through better foreign exchange, treasury services, payments, and last-mile settlement.